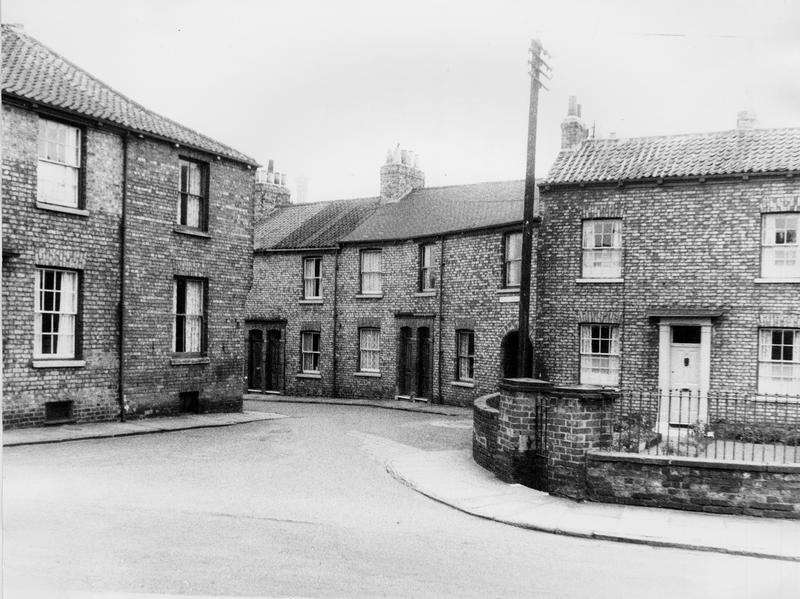 Just the one photo of Kidd’s Terrace, from the city archives. How it looked in the 1950s, from Hallfield Road. (Update: see also Kidd’s Terrace and Kidd family photos.)

Our house had front room, living room, kitchen, 2 bedrooms. Outside toilet in yard, with a large brick shed which had originally had a brick built wash boiler fuelled by a fire. We overlooked the Ropewalk & towards the rear of the Corporation Depot. We had of course full electric & water services.

… Landlady was Eliza Irvine who lived at 26 Kidd’s Tce. She was a relative of the Kidd family who had originally built the houses c.1860. & other members of that family either lived and/or owned houses in the Terrace, which had 28 houses in total.