More memories of the Layerthorpe area

Thanks to Andi Brigham, whose mum, Rose E Senior, lived at 23 Bilton Street, and sends these memories of the Layerthorpe area.

— Mr Watson had a fruit shop (Grocer’s) on Layerthorpe and it had some waste ground to the side of his shop between the Frog Hall Pub (so was probably where York Auto Parts started?), she remembers that they used to build a bonfire there in November and all the locals would attend it.

— My Aunt Bella (Isabella Senior) rented a room above Lila’s woolshop after she got married but didn’t stay there long as strange things began to happen, she returned home one evening to find clothing, pots etc had been thrown around the room. It was known that the owner of the property used to dabble with a ougi board. This frightened my Aunt so much that she moved back home to her mums and only went back the following day with company to hastily pack her things up.

— Mum attended Bilton Street school which was across the road from where she lived (the photo of Bilton Street School shows a street light on the left of the photo, this was outside her bedroom window), she said that she had to walk through pumpers alley to get to school, she remembers that all the children had to have a sleep in the afternoon for about an hour, they would sleep on the floor in the school. 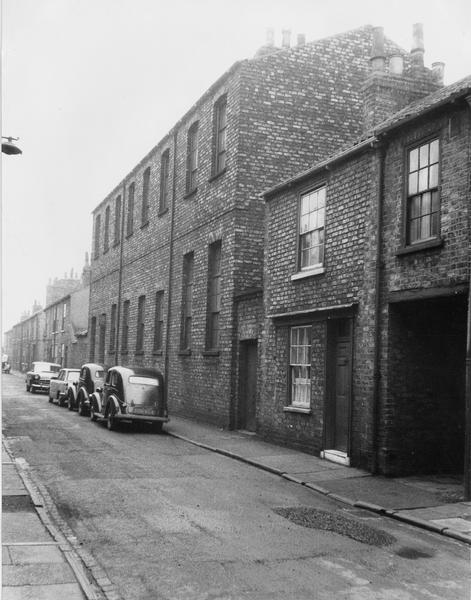