Over summer 2015 we started to assemble and draw this ‘memory map’. It was inspired by comments on the York Stories Lost Layerthorpe page, the memories of residents who lived in the area in the 20th century.

There’s a map and an accompanying key. Selecting the images below will enlarge them – the images will load on their own in new browser windows, and then you should get the option to enlarge/zoom in. There’s also a PDF version on the link below. Let us know via the comments if you spot any errors or important things missing. This is version 2 and includes additions following some of the comments made below. 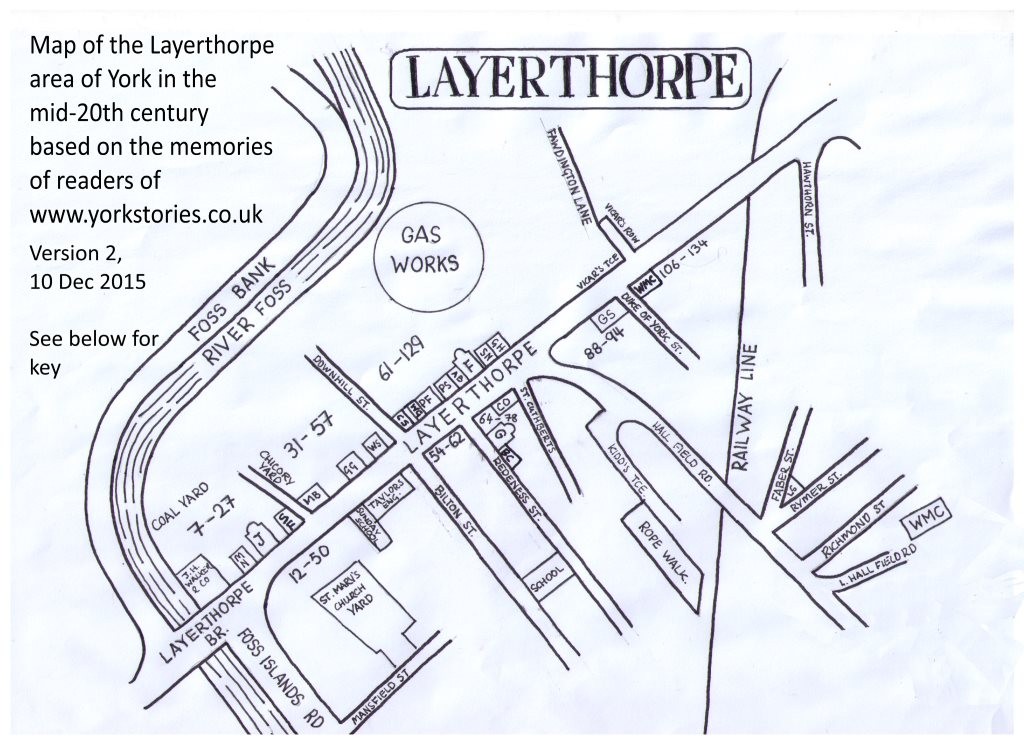 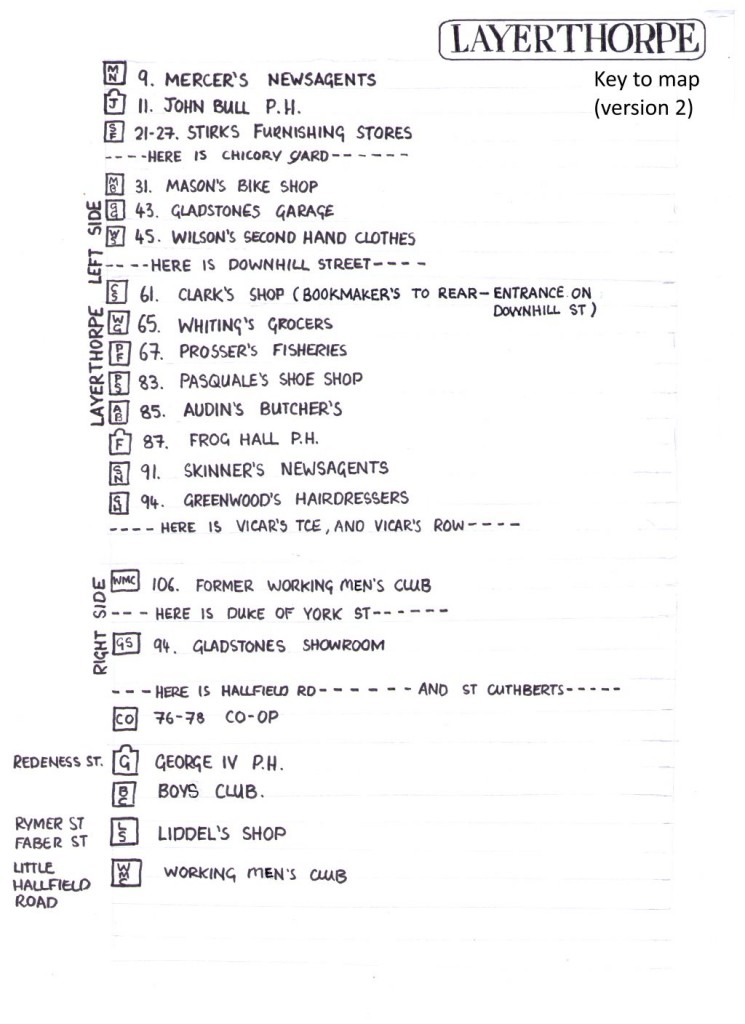 Map created by the York Stories Collective, based on contributions and comments by Trev Audin, Sheila Blakelock, Mike Clark, Sue Claxton, Quentin Gannaway, Trevor Keeler, Terry Morrison, David Poole, and contributors via the comments below, and with reference to the street directory reproduced in Avril Webster’s book on Layerthorpe.

Particular thanks to Trev for starting the whole thing off and for the donation that enabled the creation of this Layerthorpe project website.