The photos on this page were contributed by Mark Turner, whose family lived on Kidd’s Terrace.

Above, Mark’s grandmother Louisa Kidd (nee Stock) and classmates. Louisa was born in 1900.

Evelyn Kidd was presented with this book ‘for good conduct and regular attendance’ at the local Sunday school. 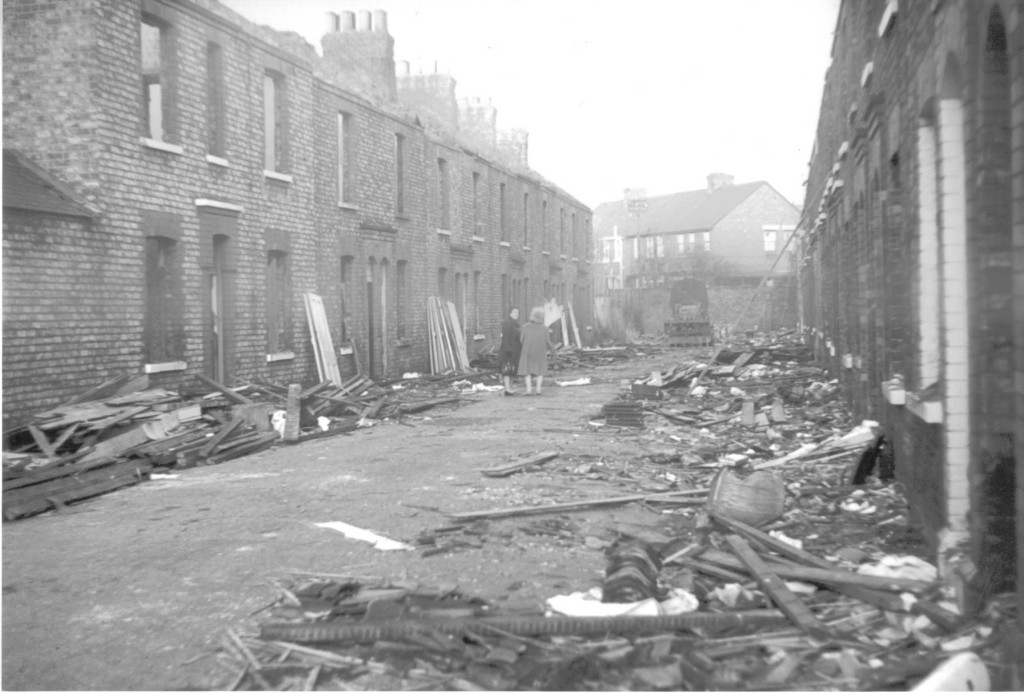 Though it appears to have disappeared off the map by the mid 20th century, Portland Place, off Layerthorpe, is prominent in the 1852 map of the Layerthorpe area. Mike Kettlewell’s ancestors lived there. Thanks to Mike for completing the questionnaire and providing this information:

Portland Place was accessed via … More … →

Thanks to Trev A, who lived at 30 Rymer Street between 1935 and 1960, for the following memories and description (via the questionnaire):

It was called a two up and a two downer. The front room (Sitting room) was for special occasions i.e. Easter, Christmas and if any relatives … More … →

Just the one photo of Kidd’s Terrace, from the city archives. How it looked in the 1950s, from Hallfield Road. (Update: see also Kidd’s Terrace and Kidd family photos.)

Trevor Keeler lived at 23 Redeness Street from 1941 to 1957. In the questionnaire he described his home:

4 rooms, toilet (flushed) in backyard. House Always seemed warm. Had electricity in each room. No hot water. Bath was made of tin and kept in yard. I used to climb in through … More … →

We don’t have much information so far in terms of personal memories of Duke of York Street.

Andi Brigham kindly sent us the street directory entries from the 1961 Kelly’s directory for this street:

Photos from the city archives

We lived behind the shop, there was a cellar , and above was a living room with a small scullery, above the shop was a front room with a bedroom at the back, up another floor were two more … More … →

Photos from the city archives